About the Series: In 2001, Toy Vault began releasing 7″ action figures based on the show Farscape. Wonderfully designed and sculpted, they were very popular ith the fans of the show. This Farscape Zhaan the Healer sculpture is just one example. Unfortunately, the show was canceled just as this line began to grow popular. 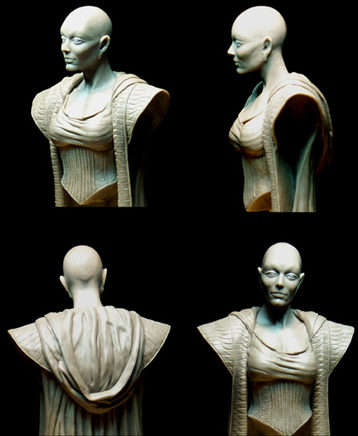 About the Manufacturer: Toy Vault, Inc, founded in 1998, designs and manufactures high-quality products for the toy, game, and novelty market. Toy Vault has an aggressive product research and design department that consistently provides the newest and hottest selling products within the industry.