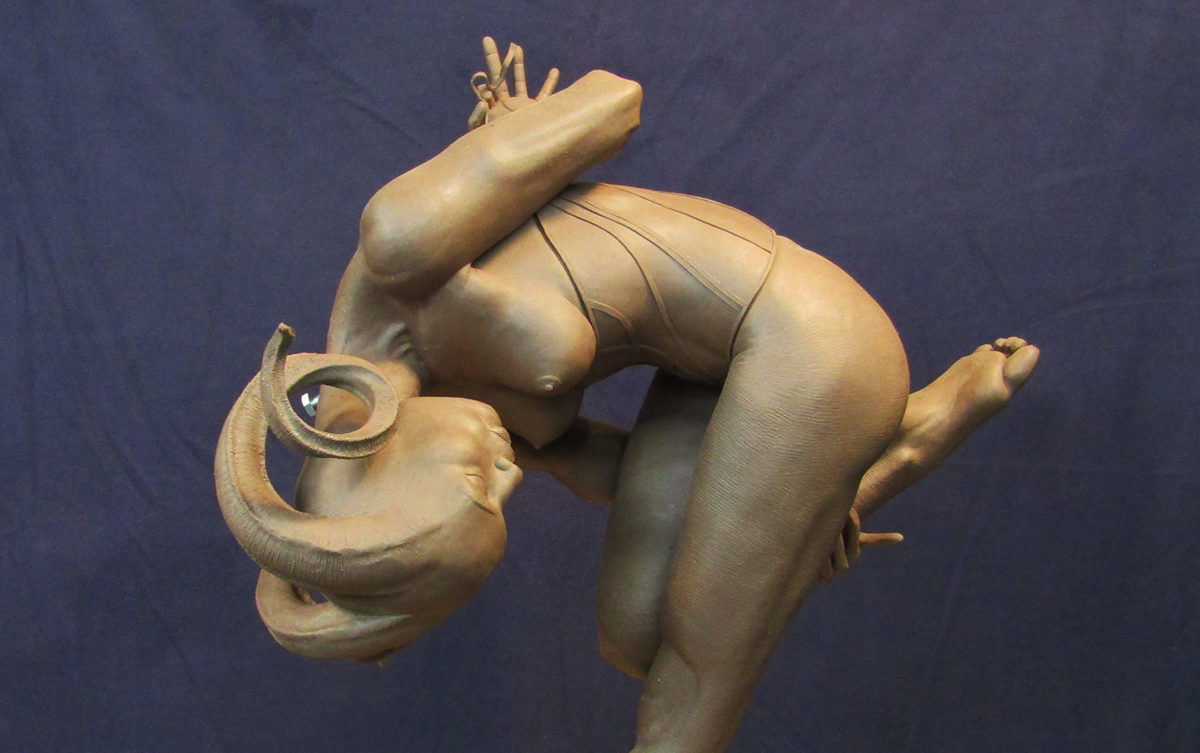 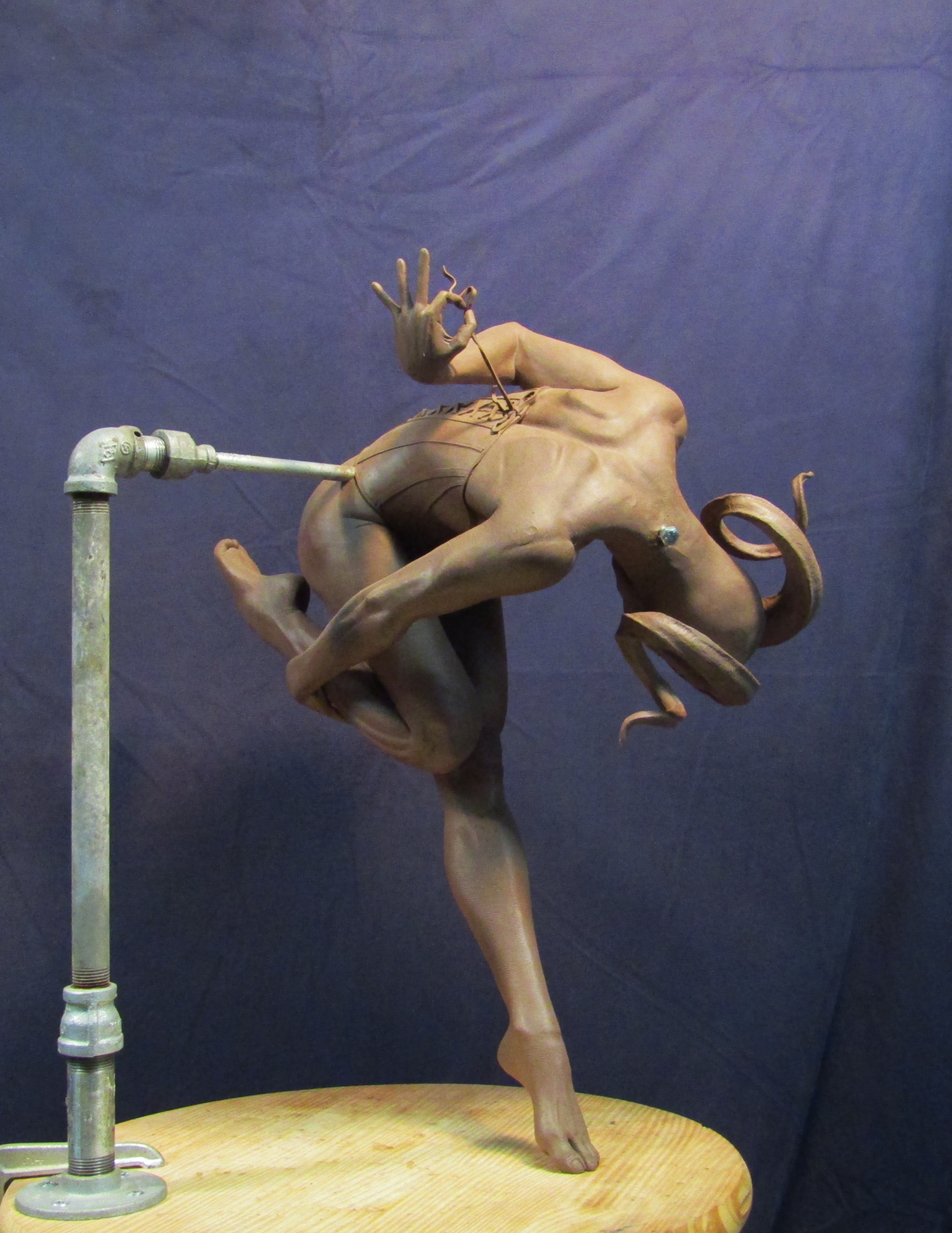 This provocative piece is a stunning vision of Aries the Ram as she struggles to unbind herself from a restrictive stringed corset. By writhing to escape it’s piercing embrace, she symbolizes a release from man made confines that serve the sole purpose of social decorum. Her emergence embodies feminine rage, unapologetic release and unconfined godliness.

With its unrelentingly cords carving into her flesh, she has no choice except to pacify her own suffering. By realizing and accepting the frailty of the limitations placed upon her (and other women for centuries) we perceive the birth of woman, in her own right. Her divine power emerges as she untethers herself from the inauthenticities that would otherwise enslave her.

The Aries Statue by Karl Deen Sanders is available in custom patina upon request. Please contact the artist for further specifications & additional information. 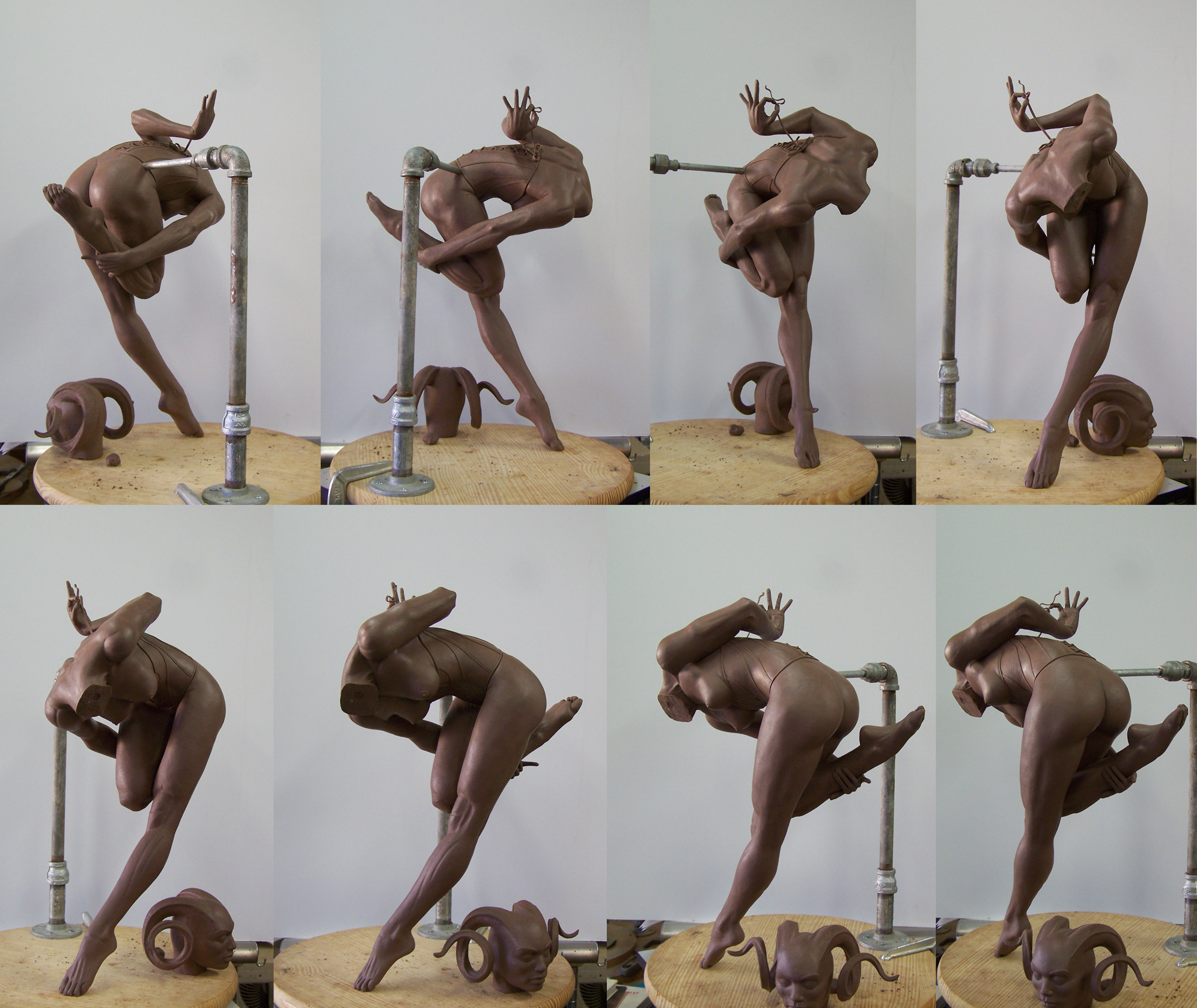 When discussing the mythology of Aries, most people either make an association with the astrological sign or with the Greek god of War. In both cases, Aries represents a turbulent, energetic presence that has undoubtedly been captured in this piece. Despite the appropriation of this commonplace understanding, the myth of Aries spans farther than most people realize.

Human fascination with the ram headed God stretches as far back as ancient Egyptian astronomy. In that era, the constellation Aries was associated with the god Amon-Ra, who was also depicted as a human with a ram’s head. Amon-Ra, supreme god of the sun and sky, represented fertility and creativity. During the times of the year when Aries was prominent in the sky, priests would display statues of Amon-Ra at their temples.

Karl Deen Sanders has elegantly differentiated this legend through his own personal lens. The presence of Aries here, commands a curiously familiar sense of wonder and respect.

This one of a kind piece is available in custom patina upon deposit. Commissioned works inspired by this Aries sculpture are always welcome.

Perhaps we’ve captured the goddess that you’ve been looking for. Or perhaps, this sculpture has released your own muse from lonesome captivity. Karl is currently accepting inquiries for artistic commissions so if you are inspired please get in touch.